TEXT AND PHOTOGRAPHS  I  DICKY STEFANUS 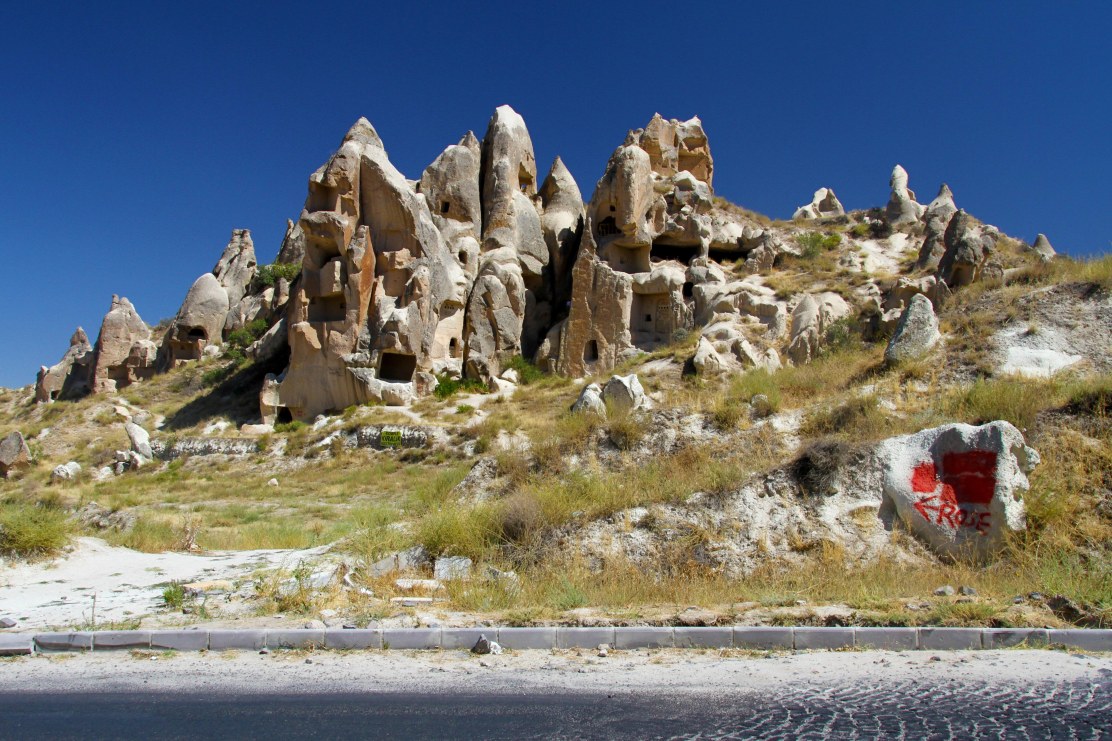 Cappadocia Region is located in the center of the Anatolian Region of Turkey. Ancient volcanic eruptions blanketed this region with thick ash, which solidified into a soft rock—called tuff—tens of meters thick.

Wind and water went to work on this plateau, leaving only its harder elements behind to form a fairy tale landscape of cones, pillars, pinnacles, mushrooms, and chimneys, which stretch as far as 130 feet (40 meters) into the sky. This is an outwardly appearance for the eye.

Cappadocia has survived three regimes, from first the Greeks and Persians and later the Byzantine Greeks. They develop freely pass the death of Alexander the great, and spread their territory until the black sea. This was until the Roman came. 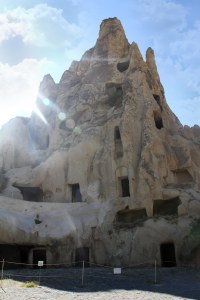 In Cappadocia there are quite many underground cities. There even eight layers deep tunnel, with camp entrance and multiple exits. This is a maze that was designed specially by Early Christian people that at that time were not received as a religion yet.

This is cleverly device to make Romans that famous march in a group become more solitary, and vulnerable. It’s quite the same with the tunnel method used by the Vietnam in the great World War II facing America.

This tunnel is a bit small for Indonesian with the average 167 cm, so you can imagine how its feel for Turkish that mostly has the average of more than 175 cm. The most important towns and destinations in Cappadocia are Urgup, Goreme, Ihlara Valley, Selime, Guzelyurt, Uchisar, Avanos and Zelve.

Among the underground cities worth seeing are Derinkuyu, Kaymakli, Gaziemir and Ozkanak. The best historic mansions and cave houses for tourist stays are in Urgup, Goreme, Guzelyurt and Uchisar. 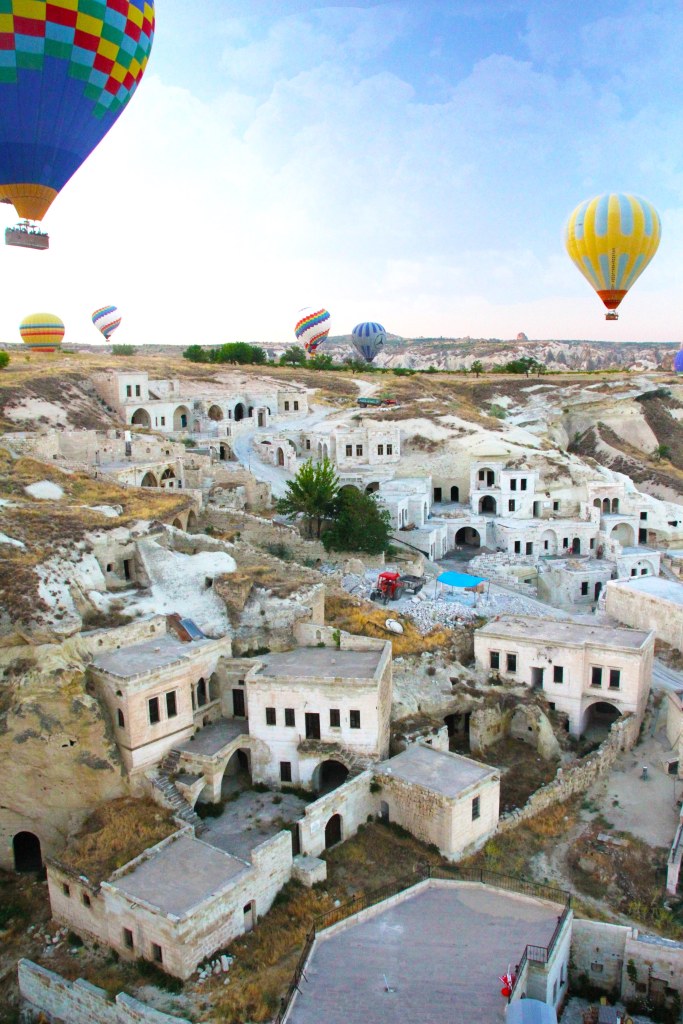 The most interesting part for tourist attraction in Cappadocia must be an enjoyment of balloon flight. (There are no branded shops or marvelous hotel. This is a place to enjoy a life without worrying the jet pack life in Istanbul with your own ace). This is a sensation that will burn to your brain.

If you travel alone, this will not also be a problem because most of the townspeople can speak English quite well. If you’re lucky and have the time, please go to balloon flight station which available in almost all part of town in Gorome.

The next morning they will pick up and drop of the customer directly to the hotel. Due to its inland location and high attitude, Cappadocia has a markedly continental climate, with hot dry summer (it can reach 39 degree in the day) and cold snowy winters. Rainfall is sparse and the region is largely semi-arid. 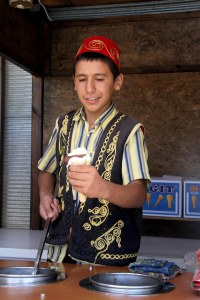 If you by chance visit Cappadocia in summer please feel free to try Turkish world famous ice cream, with the name dondurma. The taste is on more distinct taste, with a bit sour, sweet and a goat cheesy milky smell.

The interesting part is how they serve it, with traditional clothes and a long stick. Vendors often tease the customer by serving the ice cream cone on a stick, and then taking away the dondurma with the stick and rotating it around, before finally giving it to the customer.

Well you must know not that many customers like (or aware) with the idea, and the reaction varied.