The article first appeared in Monomat, 20 May 2013, gracing the cover of the international edition of think archipelago magazine V6 May 2014.

Since ancient times, contemplation is said to involve the recitation of words in whispers, or muted. 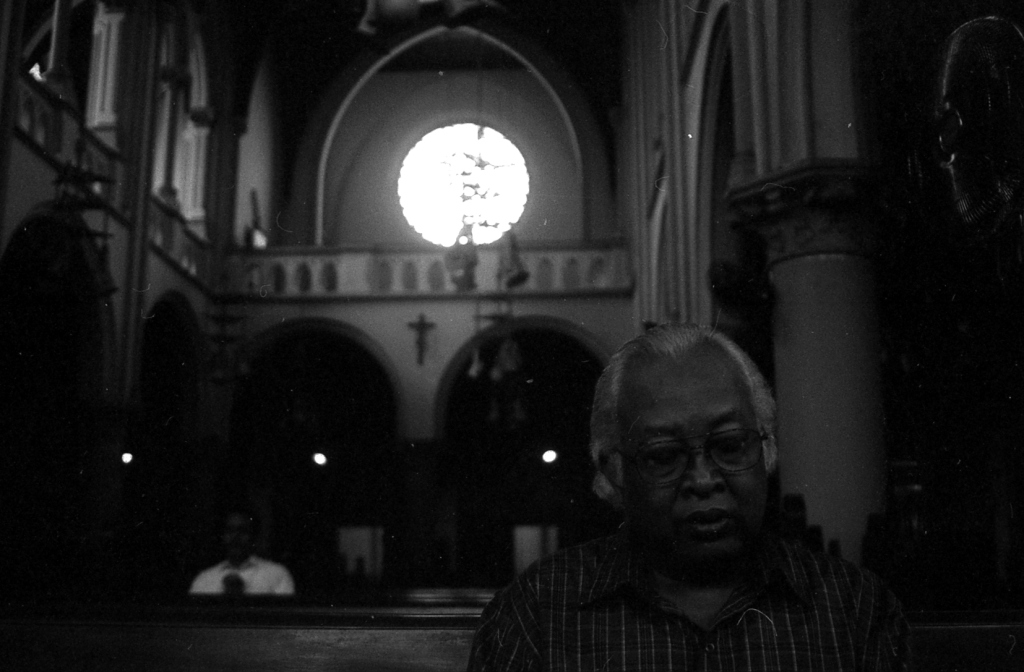 John Climacus was an exceptional person in the history of Western theology because he was revered to as a saint by Roman Catholic and Eastern Orthodox Church even though there was no any records about his life.

His study about the stages in contemplative prayers was part of his teaching that lasts until today’s practice of Christianity. On any given day, some people would come to the church in search of self-fulfillment.

The need to contemplate

Is it important now to contemplate as suggested by Thomas Aquinas?

Samadhi, a term in Buddhism and Hinduism which similarly refers to a state of deep meditative contemplation.

Many centuries ago, the definition that entails this divine activity is to have the vision of god. In his Ladder of Divine Ascent, which was drawn in the 12th Century and now resides in Saint Catherine’s monastery, Mount Sinai, Egypt, Saint John Climacus is depicted to have led his followers on a narrow stairway to Heaven, where god awaits.

In a religious society, where god functions as the answer to humans’ plight, praying for a solution is a banality.

But the increasing complexity of modern life creates necessities beyond the promise for an eternal afterlife or a wishful thinking to witness the biblical prophecy.

Striving in today’s world requires humans to face constant and inevitable problems. But when one seeks meditation to free the mind and focus on finding a solution, perhaps it indicates too the transcendental significance that still persists in modern society.

In their solitude, sheltered from the outside world, two men are aware that God is a living reality.