Shoalwater Islands Marine Park is one of the most protected natural habitats in Australia classified as Class A Reserves. The status gives protection for the surface and the submerged areas, covering over 6000 hectares, for the sake of biological diversity in the marine park.

But it was not until 1990 that the area was granted such important status. Later, in order to encourage social use, it introduces recreational service to the public.

It is constituted by a chain of islands such as Seal Island where visitors can view a herd of rare Australian sea lion lazing under the sun before hopping to Penguin Island, where the penguin colony there enjoy the highest conservation status of its kind in the country.

Things you can do while visiting the reserves

Some animals in the area are not only available for viewing, fishing and catching crabs are permitted within the park, except in the sanctuary zone and marine life research areas as pinpointed in the visitors map.

Other recreational activities include boating, water skiing, surfing, swimming, and diving in the waters off Cape Peron or in the shipwreck location of the Saxon Ranger which requires permit letter.

For those with milder sense of adventure, strolling around Penguin Island with its extensive walkways has its own charm, but be mindful of the correct timing as the island closes from June to September each year to provide safe breeding period for the animals. 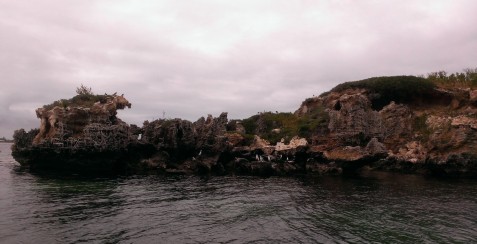 Bottlenose dolphins spend most of their time within two meters under the water surface.