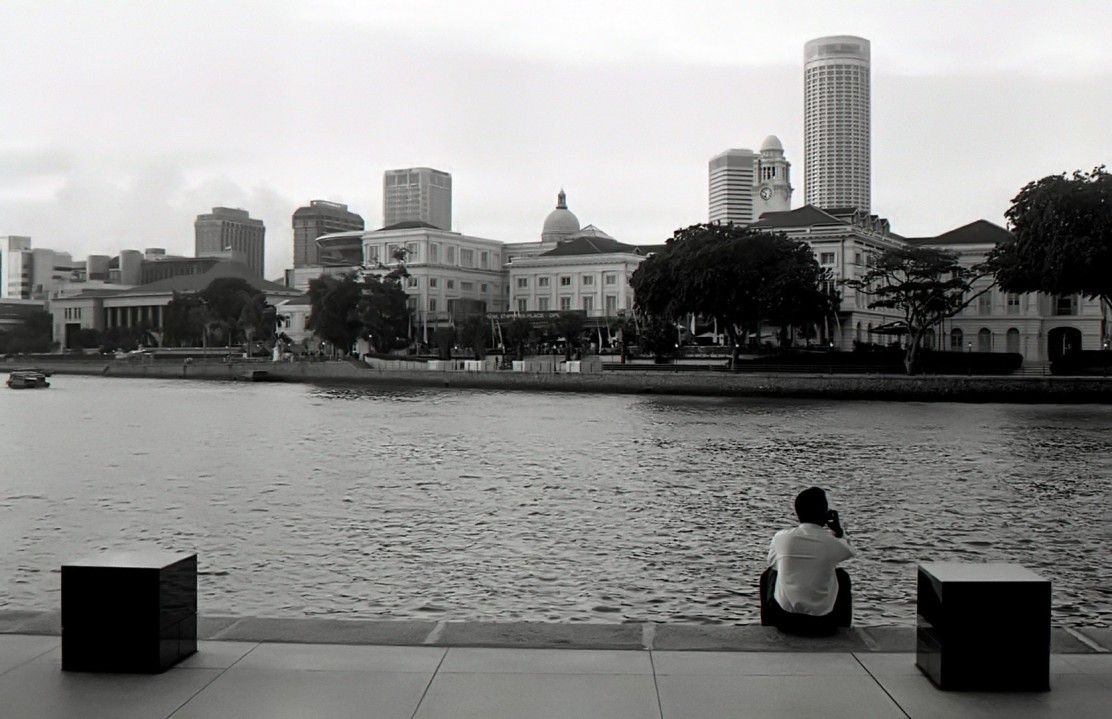 Singapore is the most developed country in Southeast Asia. But on the other side of the equation, it is a prisoner of tourism destination high level of expectation.

As is the case with countries vying for prestigious place in international stage amid the rapidly growing status as economic hubs, it builds mega structures and modernises prime districts in the city in a way that only a certain group’s ambition are concerned, all the while disregarding the wisdom of efficient and quality living.

These photos revealed when Singapore was a more livable place a decade ago.

Before there is the monolithic Marina Bay Sands or the hustle of Formula One night race, the city state of Singapore was not soring to the eye or too choking as it is now.

Then, the city was the center of attention largely for its durian-shaped theater on the bay “Esplanade”, opened in 2002. Southeast Asia grabbed a limelight in art cultivation, positioning itself on par with few other world class art centers.

The city of working class

Singapore is still the city of working class people. Packed public transportation modes like buses and MRTs, or crowded pedestrian precincts are the indicators.

People still allocate an amount of time seeking leisure near the Merlion, among other open, public venues in the city.

But now tourists set another must-visit site on top of the itinerary list, that is, the summit of MBS that comes in the shape of giant boat awkwardly placed on the tip of its three in-line buildings.

It is also a popular choice for Indonesian couples to do their wedding photography, a case of which is represented by a friend.

Now the island nation is among hosts to gas-guzzling automotive sport, the second in the region following Malaysia. The race to leverage status has somewhat shifted to grandiose building projects for rich society and overblown sports events.

Singapore some time ago 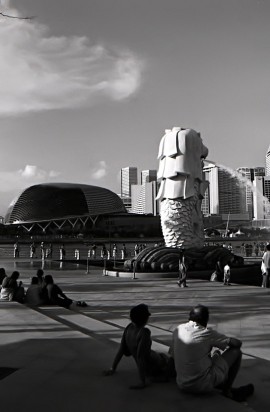 People ease out in the afternoon at Merlion Park

A decade ago, when giving oneself a night treat to the Clark Quay while looking at the business district where there stood skyscrapers and UOB tower as the highest building in the city at the time was a simple yet memorable experience, when buying marinated beef at a tiny stall “Bee Cheng Hiang” near the entrance of one of the plazas in busy Orchard Road was one of the things your family had asked to bring to Jakarta, when I went to Temasek and learned later that the word actually derived from a Javanese meaning “sea”, or when Changi Airport was abuzz with seemingly plain-box-shaped design on the outside but of ultra-efficient system of direction on the inside, Singapore in 2003 was a distinctive city in openness. 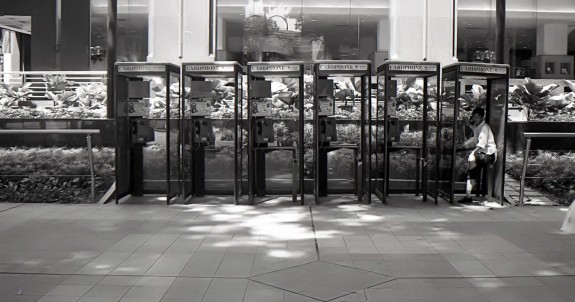 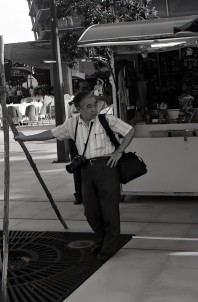 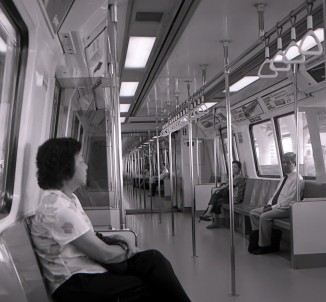 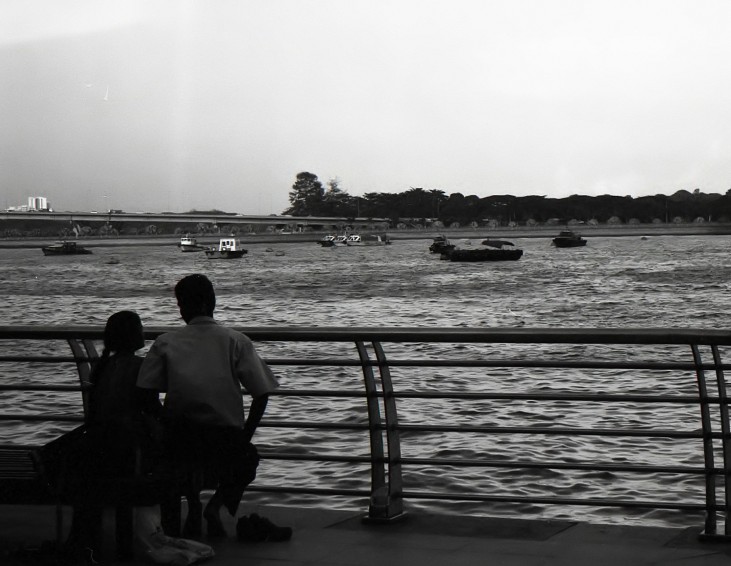 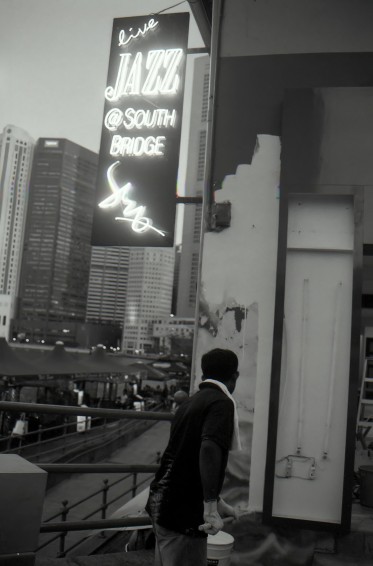