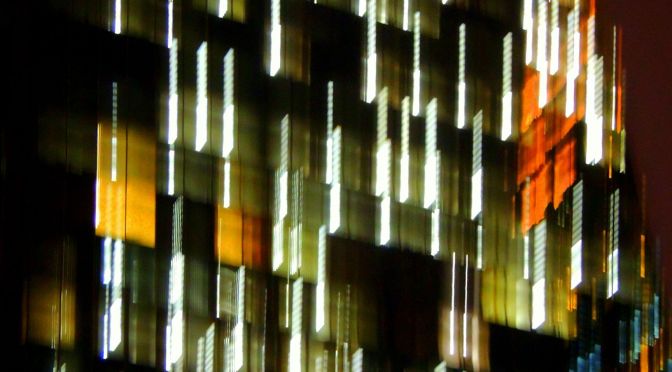 Ostrich is a fine art photography medium by think archipelago that specifies contemporary photographs for the use of journalism presentation. It explores a variety of new approaches to visual reportage, experimenting on possibilities which are counter-intuitive to the convention. Its deliberate consideration on shapes, patterns, and artificial colors aims to reconstruct the seamless transformation from image-making to story-telling. Visit Ostrich online gallery and see many series of fine art photography in thinkarchipelago.tumblr.com.

When dusk fell, workers swarmed the lobbies of BRI 1 and the adjacent BRI 2 Tower, and went out through multiple exit doors which lead to restaurants alley, the famous BRI garden complex, or simply to Sudirman street.

Amid falling office occupancy rate, currency rate, exports, economy figures, and all the uncertainties in the Q1 of 2015, white collar workers rushes in and out of high-rise workplace in the CBD with hopes and fears.

Dull expressions after relieved from the day’s work came altogether as the sun coming down the horizon. Artificial outdoor lights of BRI 2 soon came as replacement, which lasted from dusk until dawn.

Some had no idea that the oldest bank in Indonesia did not fully own the very tower that bears its abbreviation until 2013, ending over 3 years of legal dispute with Mulia Group subsidiary MPPC who took over the tower management since 1992 for USD400,000 annual compensation to BRI.

However, the failure to meet one of its condition in the 30-year Build, Operate and Transfer (BOT) agreement, that was, to build BRI 3 Tower by 1998, compromised MPPC position. Taking over the headquarter turned the balance sheet in the bank’s favor.