Not only the residents benefited specifically, but also the tourism sector in general, Bima Arya Sugiarto, who despite having admitted some shortcomings in running the first-held running event, planned to increase its prestige to international level.

The run for city conservation

It successfully attracts many national athletes, foreign guest runners, and IDR50 million in public donation for conservation project. But if the mayor walks the talk, the running venue needs better sterilization from the traffic to meet the standard in running events and for the sake of the fun element. 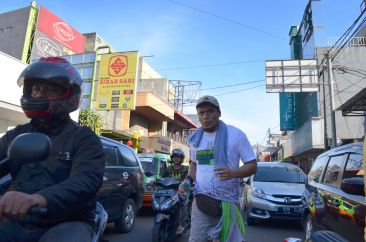 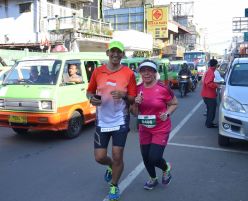 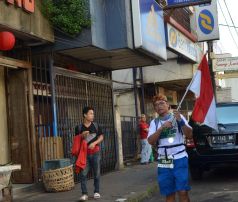 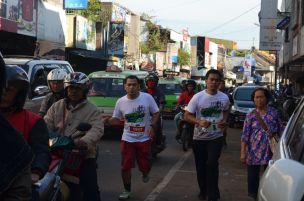 Before taking part in the run, he accompanied the Youth and Sports Minister Imam Nahrawi, among other governmental figures, in the opening ceremony at the start line in the city center’s top point of interest, the 40-hectare Bogor Botanical Garden.

The run across historic places of Bogor

A large pack of professional runners lead the run, taking the route around the city garden, passing a number of celebrated cultural sites such as Bogor Palace, the 1894 laboratory-turn Zoology Museum of Bogor, Dhanagun Buddhist Temple, the post office, the town hall, Zoologi Museum, and the welcoming symbol near the city entrance, the Kujang Monument, before finishing at the Hotel 1O1 Bogor Suryakancana in the old Chinatown.

Bigger number of runners from all walks of life, and at all age, followed. They had to find the oxygen in the carbon-emission air, and they had to find a way between the crammed traffic along the narrow roads to keep in the race. Nevertheless, the run remained, to some degrees, fun.