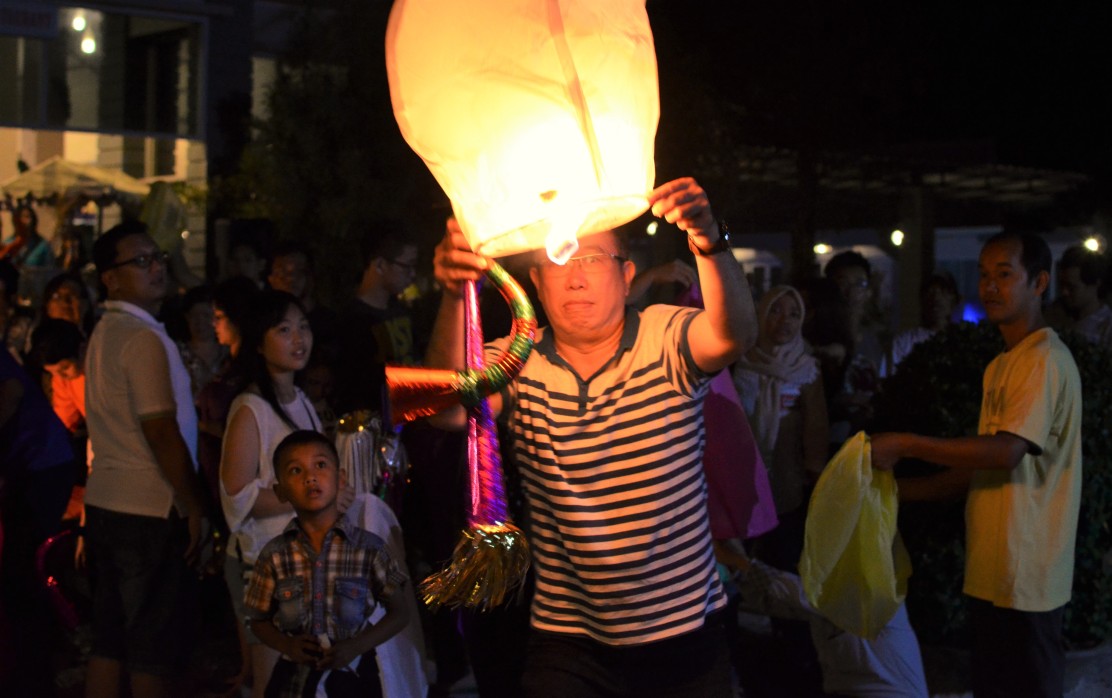 A man flies a sky lantern on new year’s eve

The often-cited words in the trying times is that hope keeps humans alive. And in a spirited gesture of placing that hopes sky-high in the new year, people who crowded a new year party event at a beach hotel in Bangka Island lit the sky lantern before releasing them up to the sky.

Moments after the collective act, the view above began to be surrounded by bright dots, and at a particular height they slowly turned to obscurity.

Indonesia welcomed the year 2017 with the kind of dimming hopes. Lowered state budget forecast by some IDR12 trillion compared to the previous year got people into conversation about another lackluster year ahead. “It will bounce back by 2020,” Tony said with a heavy tone. But at least he looked happy on the evening, bringing his family along to routinely celebrate the new year in his hometown.

He was one of the first to attempt flying a lantern, but failed for several times before hotel staff noticed about their customers dissatisfaction and offered a new one, this time successfully assisted.

Some people chose to slip away from the jovial crowd and released their lantern after a moment of prayers.

Stood by the jetty, businessman Mr. Himawan in his formal shirt kept his hopes for himself, silently watched his lantern flew away to join dozens other in the dark sky. “At this age, I need to constantly have a soul renewal,” he said when the trace of his lantern had gone, and he returned to the crowd, unsighted.

As a typical family recreation, this place is full of children. Their existence, most likely, are the driving force behind holding on tightly to the positive expectation of this year.

Despite the general uncertainty of tomorrow, survival of the offspring is a responsibility of eery household. 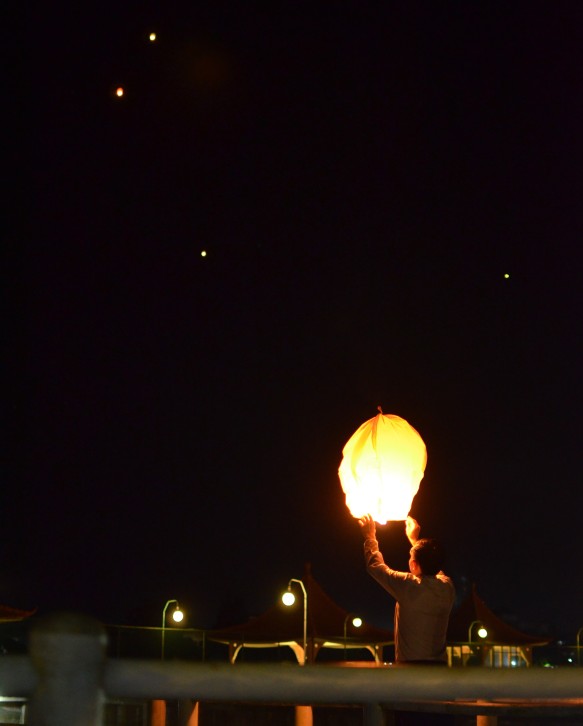 A man takes his moment in silence to set his hopes