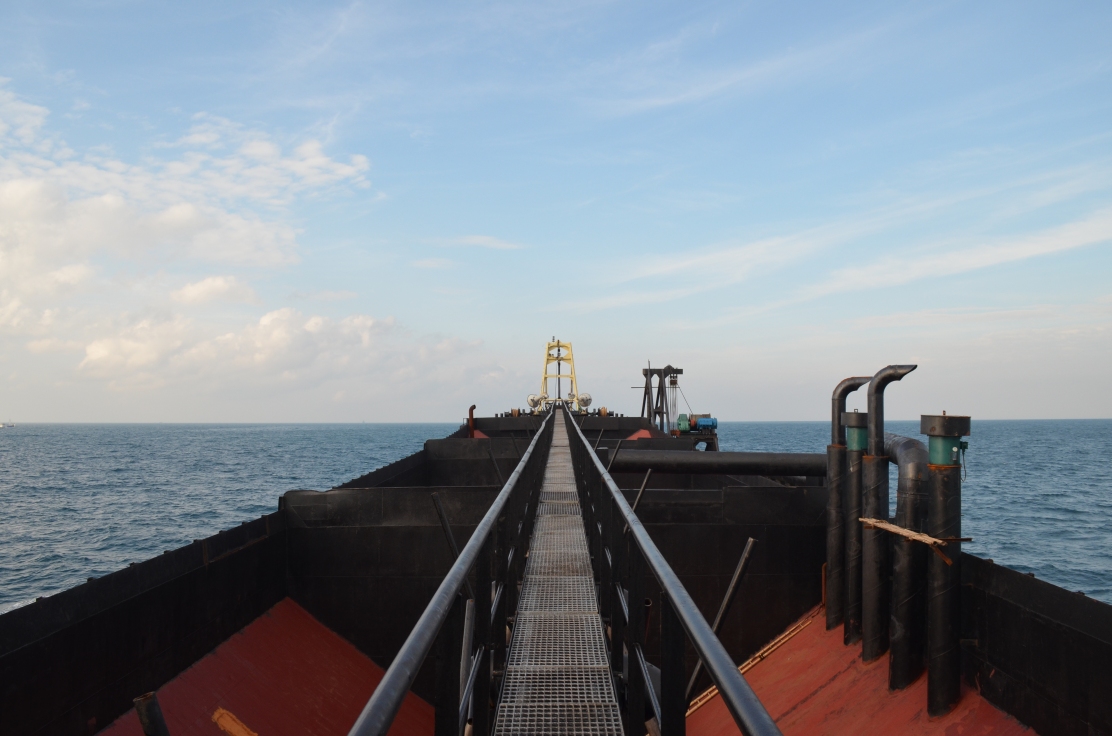 The International Maritime Organization (IMO), ruling by consensus of its 170 members, regulates the increase of energy efficiency and reduction in emissions.

The regulations require new ships to have 10 per cent increased efficiency by 2015. Developing countries, including Liberia and Panama, the two largest ship registries, can apply for a waiver until 2019. Now shipping continues to grow more, along with its emission.

IMO calls maritime transport a relatively small contributor to atmospheric emission compared to aviation or road transport. But combined, they are still second to a billion tons of carbon a year and nearly 4 per cent of greenhouse gases emitted by the maritime industry, due to its enormous size.

On a book Ninety Nine Per Cent of Everything (2013), author George Rose outlined that a giant ship can emit as much pollution into the atmosphere as coal-fired power plant. In 2009, it was calculated that the largest fifteen ships could be emitting as much as 760 million cars. For decades nobody noticed that, if added, shipping ranked sixth among the list of polluting countries. Ships create more pollution than Germany.

Ships burn bunker fuel, which takes its name from the coal bunkers it used to be stored in. Bunker, the real name is Residual Fuel Oil, is still the cheapest of all types, but dirty. It is unrefined that a person can walk on it at room temperature. Even the spokesperson for Intertanko, an association of independent tanker owners, calls it “crud” and “one step from asphalt.”

There are many environmental rules to follow in the ocean. SOLAS requires shipping to prevent, reduce, and control pollution of the marine environment from any source. MARPOL, which entered into force in 1983 and has been ratified by 136 countries, has rules that govern the discharge of oil, garbage, and sewage.

Sewage can add to ocean nitrification and the vastly increasing number of dead zones where excessive nutrients-present in sewage and agricultural runoff-have sucked ocygen from the sea, creating anoxic zones where fish and other life can no longer live. In 2003, there were 146 ocean dead zones. Five years later 400.

As an IMO member council, Indonesia is committed to play an active role in marine pollution prevention in national and international waters alike. Coinciding with the implementation of new fuel regulation by 1 January 2020, Indonesian government mandates Indonesian flag ships and international ships to use 0.50% m/m sulphur concentration limit in fuel to reduce the amount of sulphur oxide emanating from ships and should have major health and environmental benefits for the world, particularly for populations living close to ports and coasts.

In addition, the country’s sea transportation authorities issued a decree in October 2019 mandating the use of low-sulphur fuel and the gas exhaust management in Sea Transportation Directorate General Decree No. SE.35/2019.

Researcher at the United States National Oceanic and Atmospheric Administration (NOAA) Daniel Lack , was aboard the NOAA research vessel Ronald H. Brown in the Gulf of Mexico in 2006, testing an instrument he had built that could measure black carbon in the atmosphere.

Lack found that there is such a large amount of particle emissions.

Modeling studies led by James Corbett, a marine policy professor at the University of Delaware’s College of Earth, Ocean, and Environment, produced a startling data in 2007: shipping emission of particulate matter accounted for approximately 60,000 cardiopulmonary and lung cancer deaths annually. 70 per cent of the pollution occurs within 250 miles of land, near coastlines linked to busy shipping lanes in Europe, East Asia, and South Asia. In Los Angeles, half of all smog from sulfur dioxide comes in from ships.

The 1997 Kyoto Protocol did not even consider ships, as they focused on aviation and cars. The IMO did not anounce a timetable of meetings to deal with greenhouse gases in shipping until 2006, and the first meeting took place only in 2008.

It now becomes more commonplace that shipping conferences have some sustainability-themed components, such as clean ships, green ships, wind power for sailing ships, or “cold ironing”, meaning that ships do not keep their engines running while they are in port, but are powered by shoreside electricity.

Maerks Kalmar set sail in 2010 powered by two containers full of Soladiesel made from microscopic algae.

Richard Branson’s initiative The Carbon War Room explained that fuel-efficient ships can save the industry USD70 billion a year and cut emissionby 30 per cent. Every ton of fuel can cut carbon dioxide emissions by 3 tons. Going on 15 knots instead of 20 can save millions.