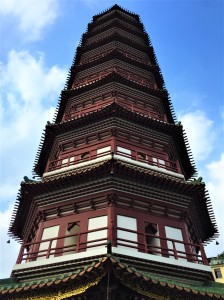 Liu Rong Temple, with over 1500 years of history dated back from Song Dynasty, is a tranquil scenic spot for both Buddhist worshippers, scholars, and tourists, surrounded by ancient banyan trees seemingly hidden in the concrete jungle of Guangzhou, one of the largest cities in China.

The renovation in the 90s has introduced two modern symbols of the temple, the Gong De Tang praying center, and the learning hall center.

Before it underwent major and costly renovation in the 90s, Gong De Tang was in its antiquated shape. hence the growing community and visitors alike called for a restoration which, after its completion, was followed by a new policy “the modern civilization prayer service”, encouraged in part by the central government.

In the face of environmental issues, the temple prohibits visitors from carrying incense to perform their ritual in the temple, instead providing a limited number of 3 earth-friendly incense sticks per person for free.

There will be no more sight of excessive ashes from burned joss papers as in old rituals.

Another modern facility in the complex is the conference center to hold traditional, cultural, and art learning, taught by Buddhist scholars from colleges across China.

In the first half of 2018, over 12 seminars were held, attended by around 5000 guests, domestic and foreign alike.

This is barely a road. That is why we call it the road least traveled. Trekking on East Asia’s prehistoric humans site, unremitting wind whispers an exclamation of silence at Zhou Kou Dian, 50 kilometers southwest of Beijing, China. Here are images during the trail to Peking Men Site.

A sense of creepiness erupts at a distance when looking at the seemingly empty part of a village. The hills have witnessed both prehistoric and modern humans inhabited the area.

Modern civilisation above the extinct one, as if the land is hereditary between two type of humans from different times.

Much of the area except the section open for public visit is off-limits. But an unauthorized trek like this offers hidden beauty.

Bare trees during autumn open views overlooking clusters of industrial facility. A thriving town lies under, just a kilometer away from the site. 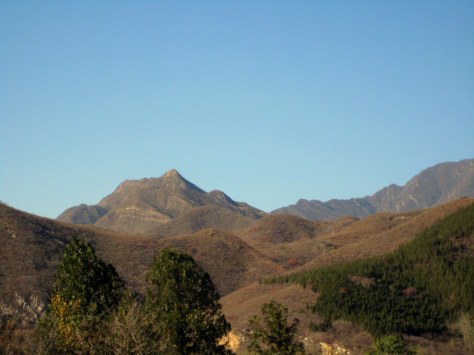 The archeological site bears fossils which belonged to prehistoric humans that once dwelled the cave system beneath the hills.

Here was once home to the 700,000 years old prehistoric society of Asia, homo erectus pekinensis, popularly called Peking Man. Thus the site is referred to as Peking Man Site.

But long before that, the way the locals had agreed to give the place such names suggested that their ancestors used the fossils as edible parts.

Historical literature accounted surrounding residents collected the fossil to be made soup.

In a culture that cultivates a veneration to dragon as a divinely creature, the locals consumed the fossils in a hope to gain strength and reach the state of divinity.

This caused a great loss to paleontologists all around the world, not to mention a sum of the remainings looted or destroyed during World War II.

Throughout the long period of excavation, multinational paleontologists had only managed to retrieve one complete set of bone fragments to construct a handful of skulls from the site. For all it is left with, UNESCO declares the area and the surrounding hills a world heritage site. 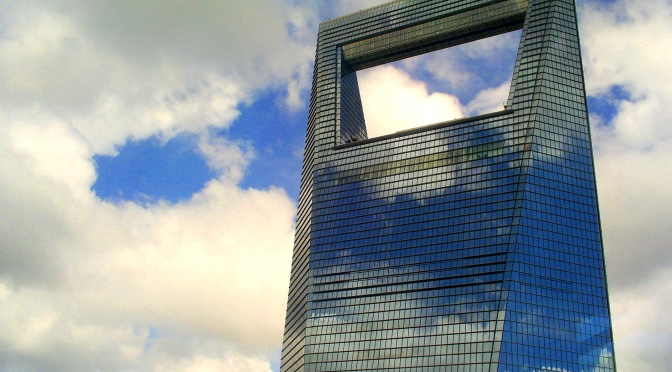 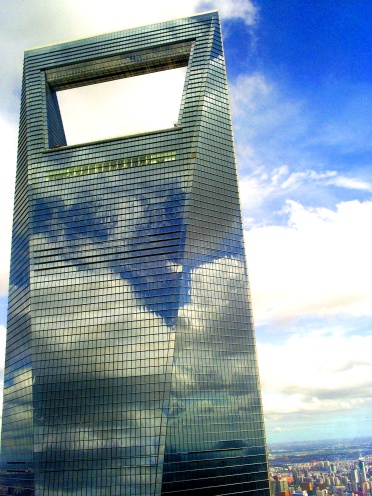 Nicknamed Bottle Opener, the trapezoid aperture at the top of the WTC skyscraper in Shanghai was originally designed in circular. But halfway up the construction, the city mayor and some residents stated their objection in what they deemed a semblance of Japan’s state symbol.

In 2005 KPF eventually got approval in a redesign submission, concluding the sentiment-fueled victory of the Chinese citizens over their ghost of the past, but on the flip side exacerbated the delay, already caused by the 1997 Asian monetary crisis, to 11 years in total to complete the then tallest building in China at 492 m.

The 9/11 effect on Shanghai tower construction

Besides the change of height from the initial plan 460 m, another cause of delay, in concern of design, was implicated by the post 9/11 scare which had pushed the engineers to come up with some desperate measures to plane crash scenario, such as adding 12 fireproof refugee areas and external elevators.

It was said that trapezoid was chosen because it is the most reasonable in terms of price, but rendering an extra cost at no less than USD200 million, adding a total cost of over USD850 million funded by an international consortium of 36 companies.

Although seven years later the twister-like Shanghai Tower would surpassed it by contrast height at 632 m in 2015, the World Financial Center still pride itself until today for the title the best skycraper built in 2008 for its simplicity in structural design.

It has also become one of the prized achievement for Kohn Pedersen Fox, an American-based architect firm widely accredited for supertall works whose first project was a conservation project of ABD Armory Building in New York, 1978.

Japanese developer Mori Building, whose first project in Shanghai was the HSBC tower, then named it on its completion in 1998 as Shanghai Mori International Tower, and whose president Minoru Mori considered Shanghai to have more vitality than Beijing, began the monumental work in 1997 at Lujiazui, the epicenter of Shanghai modern cityscape. Some said that he made the decision after the completion of Oriental Pearl TV & Radio Tower in 1994. 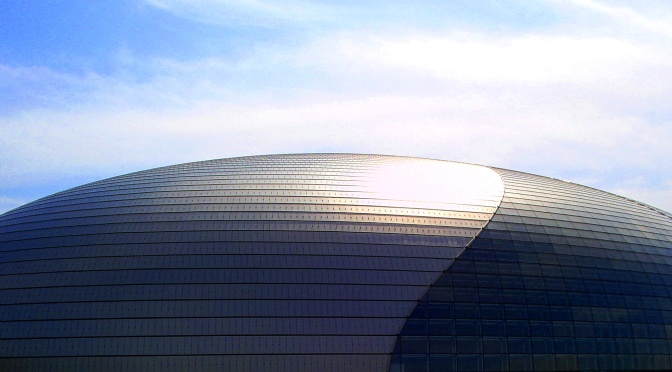 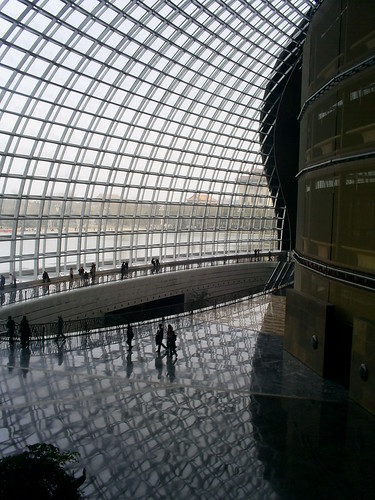